A real style icon and queen of pop, Madonna adopted a boy from Malawi 14 years ago and named him David.

The singer also has an older daughter, Lola Lyon, born in 1996, and a son, Rocco, and adopted Chifundo Mercy, Stella, and Esther Ciccone. She loves all her children equally, not dividing them into “her own” and “not her own”. 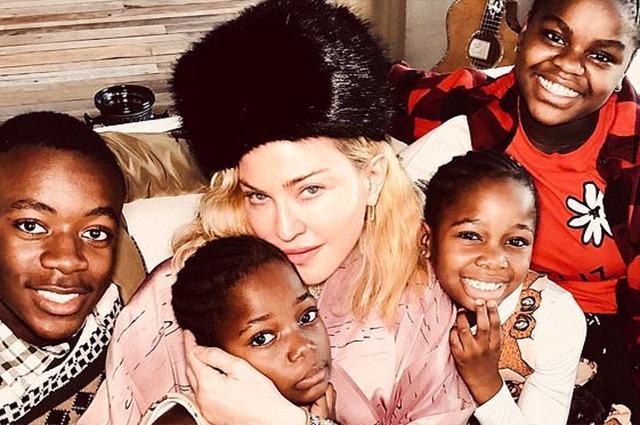 At the moment, David lives in Portugal, and in order not to part with her son, Madonna bought a house in this country and moved in with the boy.

David grows up to be a very smart and bright young man, he loves to play football and is a member of the local team. Also, the son of the artist is fond of music and is a very creative person.

Now David lives with his mother and has a great relationship with his brothers and sisters.

Did you know, dear readers, that Madonna is raising foster children?